Expanded charging infrastructure is also critical to EV momentum, as are the ability to swap and recycle batteries.

The expansion of charging infrastructure is also among the keys to future BEV success, as are the ability to recycle and swap batteries.

Battery electric vehicles (BEVs) are on a growth path and on the way to surpassing internal combustion engine vehicles (ICEV) in a decade or so. In a previous column I provided some perspective on why BEVs have gained so much impetus.

BEVs are far from perfect, and will require many improvements to live up to their promise of greatly lowering auto emissions. To continue BEV growth, technology advances are needed along with continued investments from auto OEMs and their suppliers. Car buyers will need more data, product variety and much improved infrastructure for using BEVs.

The table below provides an overview of what BEV improvements are needed.

Declining BEV purchase price remains the most important factor for many potential buyers—at least until BEVs reach price parity with other popular auto segments. In 2020 the average price-per-KWh was $137, according to Bloomberg NEF (BNEF).

Some BEV manufacturers offer lower battery prices — including Tesla. The typical battery size for BEV is around 60 KWh, which means the batteries cost about $8,200 at the $137 price point.

BNEF forecasts a battery price of $58 per KWh in 2030, meaning the 60 KWh battery system will cost less than $3,500 in 2030. That forecast shows that BEVs are on a path to lower purchase prices than ICEVs.

Additionally, there are many other BEV systems advancing in multiple ways. Volume use of BEV technology is only a decade old, and there is much innovation to come—from motor and charging technology to solar cells on car roofs and much more.

BEVs currently require long charging times depending on the power available at charging points. Using 115V or 220V current usually means overnight charging. Fast chargers that can charge in between 30 to 60 minutes are becoming more widely available, but much more is needed.

This long charging time is a significant disadvantage versus refueling a gas tank in just a few minutes.

Home charging for BEVs is a great benefit, but primarily works for BEV owners with a garage. A large BEV charging network is required in every country for future BEVs success.

Charging frequency is also important, depending on annual miles driven and BEV range. Current BEV range of newer models is more than 250 miles, with some BEV models exceeding 400 miles. The range of future BEVs will increase significantly due to larger battery size and better powertrain efficiency.

The average yearly miles driven per car in the U.S. was 13,500 miles based on 2019 Federal Highway Administration data. If we assume a BEV range of 300 miles, and a recharge averaging every 250 miles, the result is approximately a weekly recharging (54 times). However, range anxiety is likely to create more recharging events. BEV owners with home charging are also likely to charge more often.

The expansion of a charging infrastructure is a key factor in future BEV success. This will be required for BEV users without a home charger and will be needed for all long-distance travel.

Where to locate charging stations will be important in minimizing the impact of BEVs long charging times. Existing gas station networks will certainly add BEV charging points to attract business, including the potential higher product sales from BEV owners. With longer refueling time of BEVs, the profitable product sales may be larger than for ICEVs.

BEV charging locations need to be where owners regularly spend an hour or so. This includes workplaces, shopping centers, restaurants and other entertainment venues. Tesla is using this approach as part of its charging network location strategy.

Battery swapping, instead of charging, is another option. Speed is the key advantage. Battery swapping is primarily available in China, with strong future growth expected. China has adopted a standard for battery swapping that goes into effect in November 2021.

Auto buyers have a wide range of use cases with vastly different requirements. Many BEV models must cover all vehicle segments to satisfy all buyers’ needs. BEV models must be available in large and small versions as well as car, truck, SUV and other vehicle segments. BEV model variety is, so far, slim, but planned introductions have grown significantly in the last three years, with much more in the works.

Sufficient model variety is likely to be available around 2025 to meet most buyers use scenarios. Major auto makers will offer as many as 20 BEV models by 2025. A reliable indicator is the current interest in BEV pickup trucks from Ford, GM, Tesla and Rivian.

Solar cells on top of BEVs may also extend the range as the generated electricity can be used for heating, cooling and other BEV electronics.

Recycling is of growing importance for all industries and will be crucial for BEVs. Currently the traditional industry is doing better than BEVs in their battery recycling efforts. The recycling industry is growing quickly because a flood of BEV batteries has reached the end of the line. That flood will increase rapidly every year.

There are multiple advantages of battery recycling—cost, supply chain security and sustainability. Recycled battery materials have the potential to be cheaper than acquiring new material. Battery recycling can create battery supply chains in regions without natural resources. Sustainability and lower environmental and social impact of battery production are also growing in importance.

The good news is there is much activity and growth in battery recycling, including multiple startups such as Redwood Materials and Li-Cycle. J.R. Straubel, Redwood’s founder, was previously Tesla’s CTO. Redwood is now partnering with Tesla for battery recycling. Li-Cycle is partnering with GM and LG’s Ultium battery cell unit. Both companies are also recycling the waste from battery production.

The BEV industry needs better long-term solutions for battery recycling. The best solution is manufacturing batteries with recycling as a design criterion. That’s likely to happen in future battery generations.

BEVs have momentum, and will become the dominant technology sometime after 2030. Sales of internal combustion engine vehicles have peaked, based on a small but steady decline that started several years ago. Multiple factors have driven this trend, but more BEV technology and market advances are needed to sustain this momentum.

Still uncertain is how quickly BEVs will become the leading auto technology. In the last two years, the BEV success timeline has accelerated as major auto OEMs perceive BEVs becoming the future vehicle technology along with new transportation modes such as mobility-as-a-service.

This article was originally published on EE Times.

Egil Juliussen has over 35 years’ experience in the high-tech and automotive industries. Most recently he was director of research at the automotive technology group of IHS Markit. His latest research was focused on autonomous vehicles and mobility-as-a-service. He was co-founder of Telematics Research Group, which was acquired by iSuppli (IHS acquired iSuppli in 2010); before that he co-founded Future Computing and Computer Industry Almanac. Previously, Dr. Juliussen was with Texas Instruments where he was a strategic and product planner for microprocessors and PCs. He is the author of over 700 papers, reports and conference presentations. He received B.S., M.S., and Ph.D. degrees in electrical engineering from Purdue University, and is a member of SAE and IEEE.

Tue Jun 29 , 2021
The change from the use of regular fossil gas-run motor vehicles to electric autos will enjoy an critical portion in lessening the world’s greenhouse gas emissions and obtaining the Paris Agreement’s ambitions of limiting world-wide warming to under 1.5 °C. The latest figures present that only 3% of the world’s […] 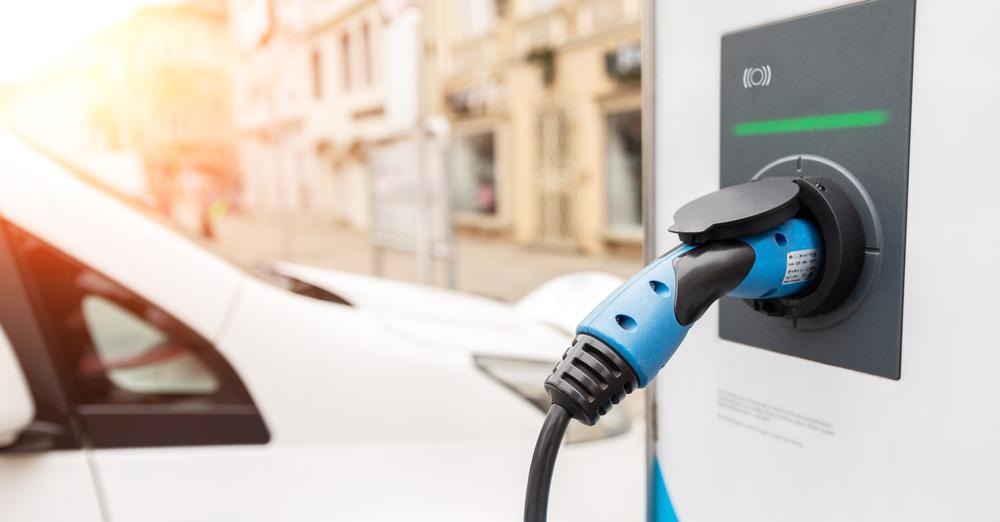